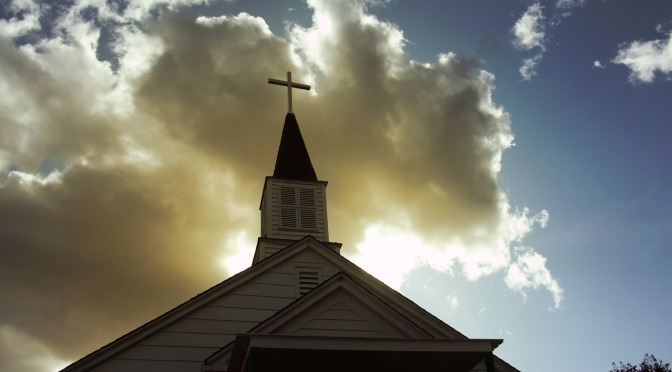 I live my life in the trenches ministering to victims of domestic abuse. It’s no place for the faint of heart, and because tragic stories like the ones I see daily are played out below the surface, the rest of the world finds them easy to overlook. However, in recent weeks some of what I see regularly has become big news. A few weeks ago, we saw prominent Southern Baptist Convention (SBC) leader Paige Patterson lose his job over mishandling of abuse cases, and suddenly what has flourished in the darkness was dragged into the light. In response to the Patterson uproar and other scandals involving a significant number of evangelical churches, many in church leadership have made strong statements about abuse. J.D. Greear, recently elected president of the SBC, wrote a poignant apology to victims and abuse advocates. Greear is one of the youngest presidents ever elected and represents a new brand of Southern Baptists that seems more focused on the gospel of grace than the letter of the law.  Our ministry is located in the same area as Greear’s Summit Church and ladies in our support groups who attend there love it. They tell us they find a great amount of support and encouragement at Summit– which is definitely not the case for many of survivors we serve. For this and other reasons, I’m very pleased to see Greear take the lead at the SBC.

However, as a seasoned advocate I’m concerned that in spite of the apologies and promises of change we’ve heard, it will be business as usual once everything calms down. Obviously, one man cannot singlehandedly change an entire denomination, especially one that stresses congregational autonomy. Still, he does have influence. His proposed platform stresses “gospel above all,” which is undeniably a compelling focus. However, when I first heard it I couldn’t help but think how often the gospel has been tarnished by evangelical churches in their handling of domestic violence and sexual abuse, and couldn’t help but think that if nothing changes the gospel will continue to be maligned by the very people who claim its power. In other words, we can’t convey the power of the gospel until the people who are proclaiming it begin to “act justly and show mercy”  to victims of abuse (Mic. 6:8). We must begin to elevate lives above institutions in a way that shows the world we love well or our words are meaningless.

Statistics show that domestic violence is no less common in the church than in the population at large. That means that as many as one in three women in our churches are or have been victims of domestic abuse, and most of them have children who likely have been affected by the abuse in their homes. These statistics refer to physical abuse only, so when you add in the number who have been subject to threats, intimidation and other nonphysical forms of abuse the numbers are likely much higher. Without a doubt, we have a serious problem– one that is largely hidden and misunderstood. For the last few decades advocates have been raising their voices trying to help our churches see, but in general it has been denied or minimized. Even though more and more churches are taking measures to improve their response to abuse, far too many are not.

Years ago, I worked at a local domestic violence shelter. Within weeks I began to meet women who were confused by their churches’ response to the abuse. One lady asked me, “Why does my pastor care more about my marriage than my life?” My non-Christian counterparts simply shook their heads with a look that inferred that if was what Christianity looked like, they wanted nothing to do with it. Over the past 20 years I have worked with hundreds of Christian victims of abuse, and in so many of those cases they came out doubly harmed– first by their abusers and second by their churches.

Many victims faced church discipline for leaving their abusive spouses, many were told they could not file for divorce or legal separation while their spouses used their lack of action to their advantage and depleted their entire savings accounts. Many Christian wives were told to submit to abusive husbands as long as they weren’t asking them to sin, which only heightened their husbands’ sense of entitlement . Again and again I’ve watched counsel like this cause unbelieving friends and advocates to feel justified in their belief that Christianity is not for them. In addition, I have met scores of Christian abuse survivors who refuse to ever set foot in a church again because of the way the abuse was handled. Even worse, I have seen many children from abusive Christian homes reject the gospel altogether, because their fathers used scripture and authoritarian interpretations of male headship, to justify their oppressive ways. Many of these kids have told me that God seemed cruel and unjust, especially in cases where their churches’ advice appeared to sanction their fathers’ claims.

Do I think churches actually intend to harm victims and their children? Absolutely not. At least not in the vast majority of cases. However, I do believe that churches with more authoritarian positions on male headship in marriage provide fertile ground for abuse. I also believe that the complicated nature of domestic violence makes it very difficult for those unfamiliar with the dynamics to handle it. If there ever was a time to refer out to experts, suspicion of domestic abuse is it. Sadly many counselors and pastors miss it because the severity of the problem is never disclosed in counseling, or the abusive spouse is completely charming in public, while the victim is frazzled and anxious. The problem thrives in secrecy so much so that it can be hard to believe when a victim finally speaks up. Without an understanding of the dynamics of abuse these factors can make it very tricky for churches to determine the best course of action. That is one reason our ministry and others offer to come alongside those who want to help in these situations and help navigate. Domestic violence does not respond well to marital counseling, and there are many other factors, including the effects of trauma on victims and their children, that must be considered when attempting to help.

Until the SBC and other evangelical churches begin to understand the inherent difficulties of working with domestic abuse, their efforts to help families affected by it could very likely continue to do more harm than good. People will continue to “perish for a lack of knowledge” (Hosea 4:6). The message to victims, their children, their friends and other helpers will be that God cares more about marriages than lives, and that will do nothing to draw them to the gospel of grace. My prayer is that God will open the eyes of His people, and that we will begin to show unbelievers the truth of the gospel of grace by loving one another well.

In recent months, Called to Peace Ministries has been working with several local SBC churches as they navigate cases of abuse in their congregations. We have been so encouraged to see them willing to learn how to help families in crisis. In fact, when these churches have gotten on board the outcome has been so much better than we normally see. They have actually been able to step in and protect victims from further harm. The world cannot provide what the church can! There is power in the community of faith. It’s been amazing to watch sacrificial love at work– love that is willing to be inconvenienced and reach out to hold an abuser accountable or to provide for the physical needs of a survivor. It is a beautiful thing to watch the Body of Christ fulfill its mission to care for God’s sheep. In the few cases we’ve seen, the power of the gospel has been crystal clear to unbelievers. In fact, one of the ladies whose church has risen to the occasion told me that one of her unchurched friends has been so impressed by her church’s support that she is coming to church for the first time ever. That, my friends, is “gospel above all” in action! My prayer is that more and more churches will follow suit so that the power of gospel will not be overshadowed by injustice in our midst.

8 thoughts on “Will Abuse in the Church Overshadow Greear’s “Gospel Above All” Agenda?”

This site uses Akismet to reduce spam. Learn how your comment data is processed.