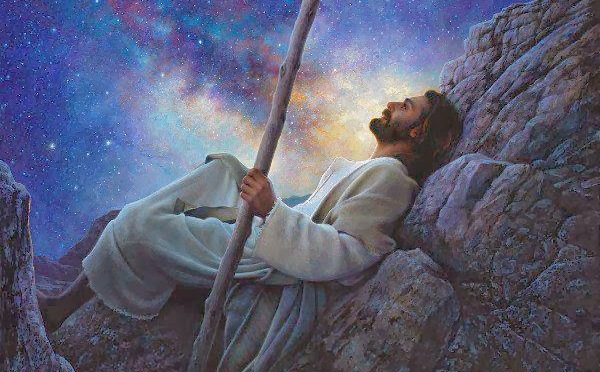 Many mornings I struggle to rise and shine early enough to spend sufficient time in the Word before I begin my day. There have been seasons when I found it easy to wake up at 4:00 or 5:00 and didn’t even feel tired, but other times it’s such a battle. My desire is to have uninterrupted God time before all the distractions of the day start chiming in, but it seems to come in waves. I have periods where I don’t seem to need as much sleep, and other times I can’t get enough. Nearly every night I ask God to wake me naturally, because I know that setting an alarm doesn’t work. When I force myself to get up, I find myself so sleepy I can’t function. It seems like the only time an alarm clock is successful is when I stay up and moving. It definitely doesn’t work for quiet times, because sitting still is too conducive to dozing off.

Today, as I was reading in the book of Acts, I noticed in chapters 16 and 20 that Paul didn’t seem to get a lot of sleep. In chapter 16, we get the account of Paul and Silas’ imprisonment in Philippi. They were praying and worshipping God around midnight when a great earthquake occurred. Paul was then able to share the gospel in the prison to the jailer and all the prisoners. After that, the jailer took them to his house, cleaned them up, and let them share the message with his family. The entire family was baptized in the middle of the night, and then Paul and Silas were back in jail by daylight. In chapter 20, Paul was preaching “on and on” till midnight (Ac.20:9) when young Eutychus fell out of the window and died. After Paul raised him to life, they broke bread, and he talked to them until daylight.

When I read the Gospels I see the same sort of pattern with Jesus. He would often withdraw to lonely places and pray all night, or rise way before daybreak (Lk. 6:12, Mk. 1:35). On the night of his betrayal he lamented that his disciples kept falling asleep, and told them “Watch and pray so that you will not fall into temptation. The spirit is willing, but the flesh is weak” (Mt. 26:41). I find it interesting that Jesus told them to deny their bodies, and fervently seek God instead. Still, I can sure relate to those disciples. Some people might think that since Jesus was divine it was easier for him to go without sleep, but we know that on at least one occasion he was so exhausted he was able to sleep through a violent storm (Mk. 4:38).

God designed our bodies to need sleep, and even Jesus was not exempt from this need, but there seem to be times when his Spirit can enable us to deny that need. I have noticed that when I’ve gone on mission trips in the past, I have managed to thrive on much less sleep. Beyond that, I have had sporadic bouts of insomnia that I am sure were from God. As I determined to watch and pray through those nights, amazing things happened. I saw spiritual breakthroughs in my life, and on a few occasions received specific answers to prayers. Occasionally, very specific ideas would pop into my head about actions I should take to receive the answer to my prayer. When I later acted on those “ideas,” the outcome was simply amazing. I often tell people that those “middle of the night” times of communion with God are most powerful, because I am finally quiet and still enough to hear.

So, as I sit contemplating these patterns of sleeplessness in scripture (and there are more! Check out Gen. 32:24, 1 Sam. 15:11, Ps. 63:6, Lam. 2:19), I can’t help but think that sleep actually is overrated when it comes to our spiritual lives. Science has shown that some people are “short sleepers” who actually need less sleep, but clearly I’m not one of them. Chances are you aren’t either. However, I believe that having periods of missed sleep in order to seek him can be as effective to our spirits as fasting from food. There is something powerful about denying self, and seeking him wholeheartedly. I believe we just need to avail ourselves to his Spirit, and allow him to speak to us through the watches of the night.

I rise before dawn and cry for help; I have put my hope in your word. My eyes stay open through the watches of the night, that I may meditate on your promises. Ps. 119:147-148S

Okay, Lord I hear You, and I SO desire to obey You! My life gets busy and I disappoint myself (and You) over and over again, but as I heard in class yesterday if something is a priority we will MAKE time for it. There have been days when I preferred sleep and days when the concerns of the day took the front seat while You were pushed to the back. Please forgive me! The great passion I have to serve You is diluted at best until it is matched with discipline to accomplish the desires attached that passion. I need You to rescue me from myself, and to help me order my life better. Part of this weakness is just my natural personality bent, and there are others who naturally tend towards self-discipline, but people like that usually tend to be weak when it comes to passion. So I am grateful for what You have given me, for what You have done in spite of me, and Your ability to perfect Your strength in my weakness. Father, remind me each day, don’t let me rush out without spending time in Your presence. I know I You are with me as I go, and I know I am praying as I go, but it is not as intentional as it needs to be. I need to make You the top priority and not just the Helper as I move forward in my own agenda. I need You to be the director and orchestrator of each and every day. Move in my life and help me to tap into the riches of Your Spirit as I yield my life completely to You. Amen

Dear Child, I stand ready to help you and to give You strength. Don’t make this difficult, but understand how easily it is accomplished when You set your affections on Me. Remember your first love. You couldn’t wait to spend time together; you made time, even in the midst of the busiest days—sometimes even at the expense of your schedule. The things you put in “the front seat” are not usually all that important, and they certainly can wait an hour or so. Push them to the back seat, and let me do the driving. I do not merely desire to ride along as you direct the schedule and spin your wheels aimlessly. I desire to choose the direction of the day, and to lead you as you go. Learn to stop and listen for my direction. I will speak if you stop. Your constant state of urgency is so unnecessary. The things that are seen are temporary, but the things that are unseen are eternal! Remember that, and prioritize the unseen over the seen. Recognize your desperate need for My leading. If you would just see your desperation, you would not be so quick to move on without my leading. Your impetuous nature is really an impatient nature. You don’t want to wait before Me, because it takes time, and you imagine that your agenda is more important. It is not. Wouldn’t it be nice to move through your day accompanied by my perfect peace rather than the adrenaline knot that stays in your stomach half the time? Wouldn’t it be easier to relinquish control to One who can handle it so much better than you can? Why do you strive so when I am so willing to carry you through? As you learn to rest in me, you will accomplish so much more—first of all for the Kingdom, but also in your personal life and business. Let me show you. I am willing. Are you?